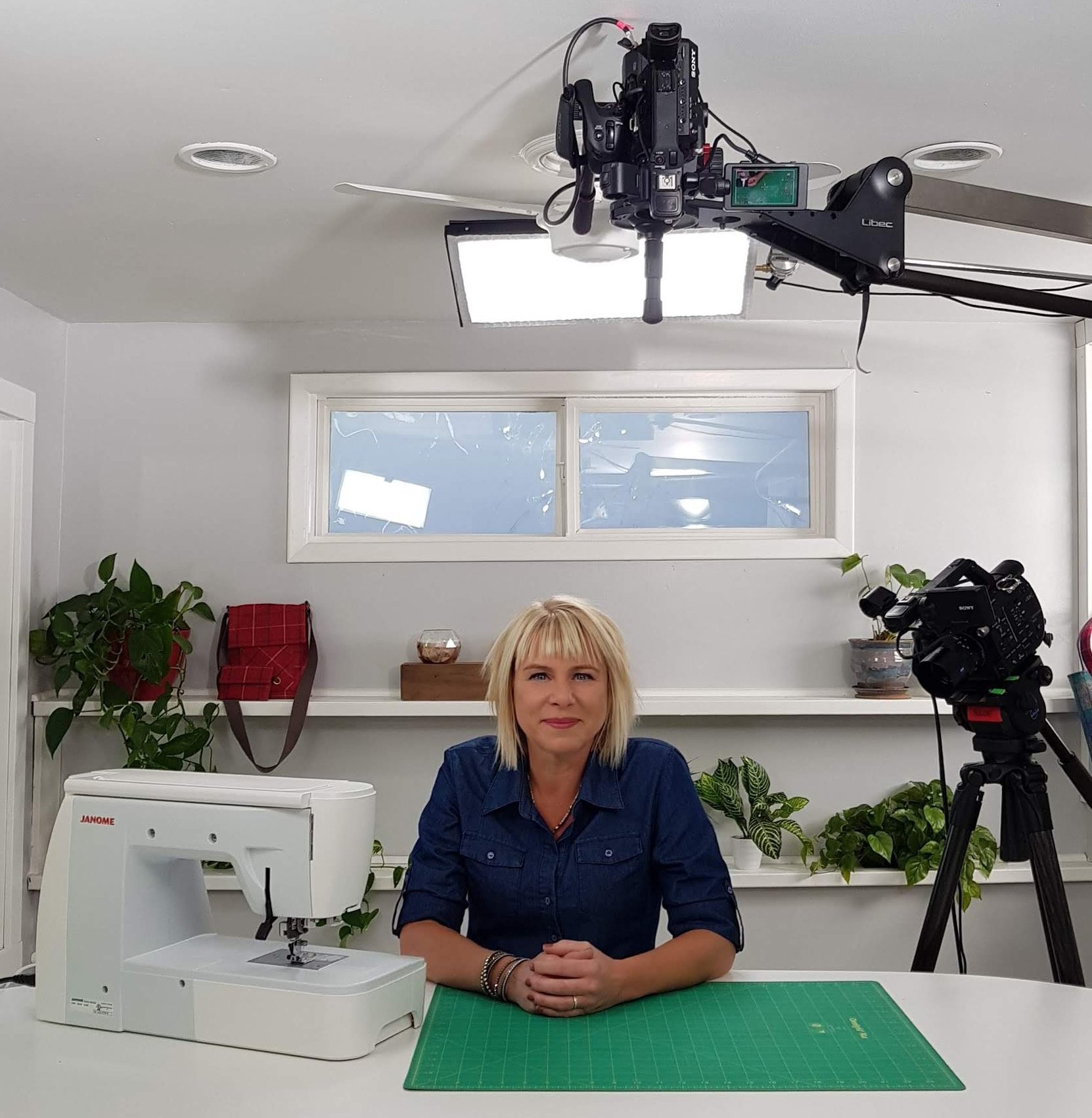 What an exciting week in Denver filming my new bag making class with Craftsy. Wow.. I was hoping to blog daily about my Craftsy adventure, but there has hardly been time to sleep.

The whole thing has been a whirlwind since I started filming, what a fantastic experience. 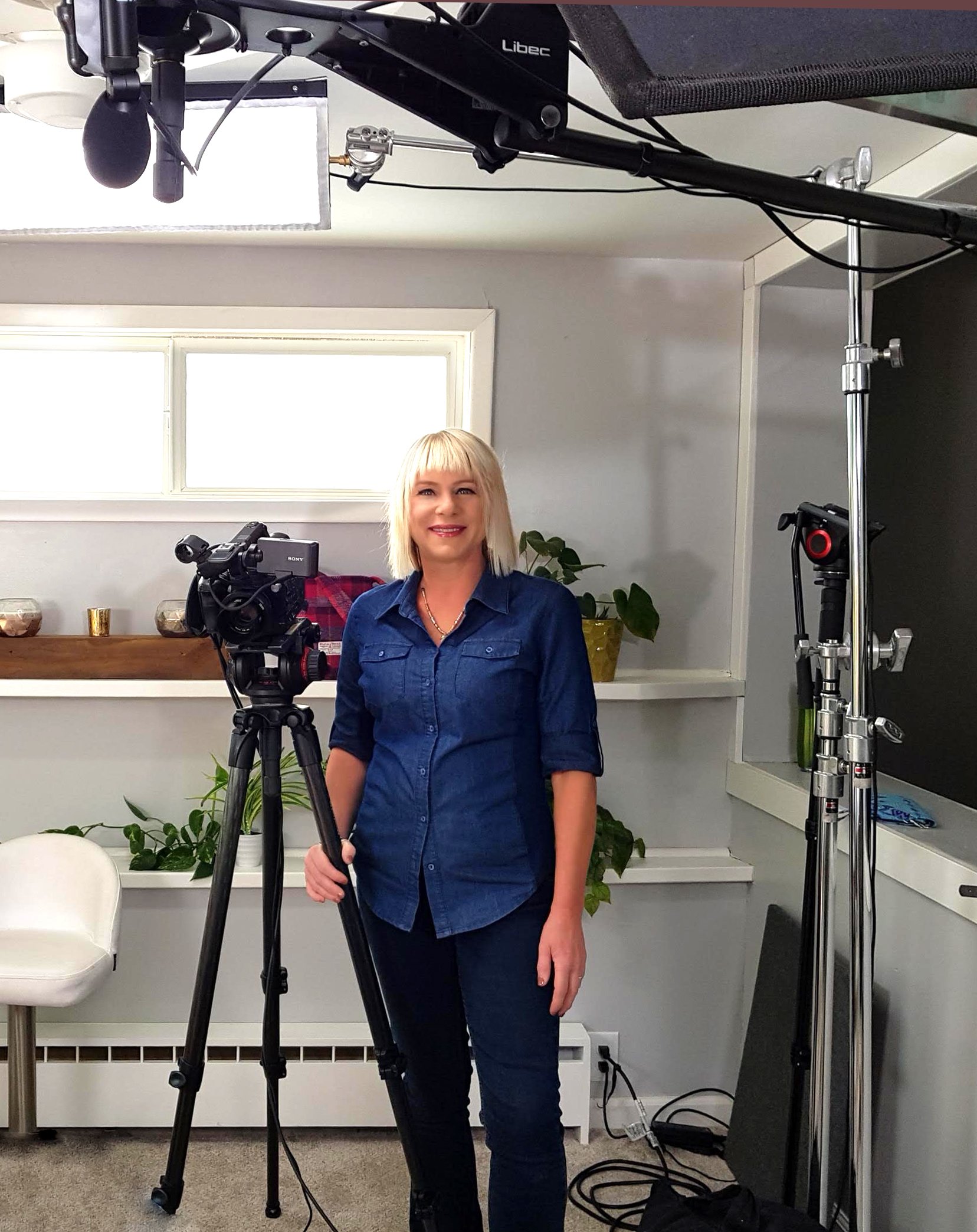 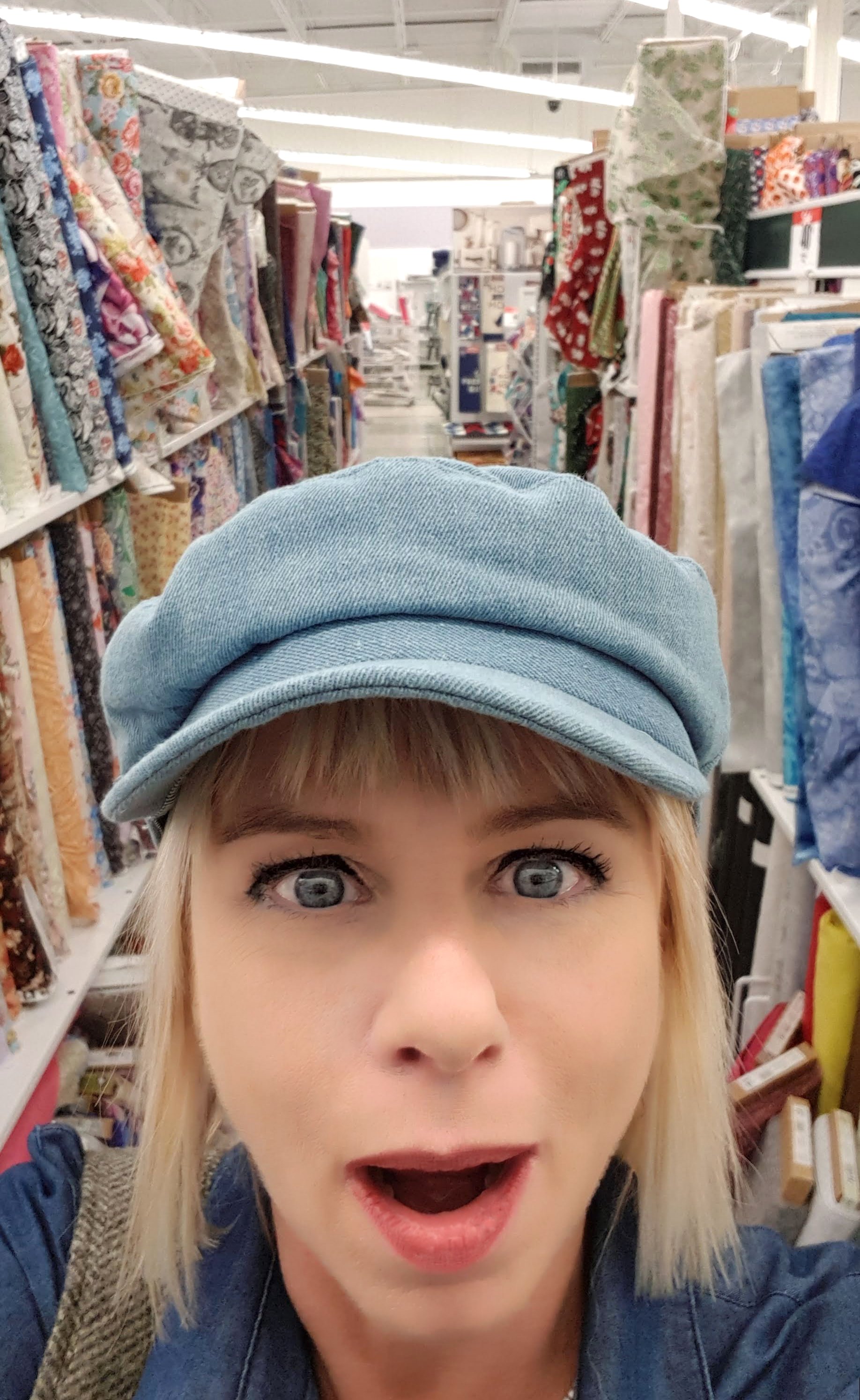 I have seen everything this week – blue trees, men going to work on hover-boards, the largest plates of food imaginable, even the Grim Reaper crossing the road and heading into a coffee shop, and the biggest, most impressive fabric shop I have ever seen in my life.

The Craftsy crew were amazing, so friendly and helpful, and they welcomed me with open arms, showed me the ropes and helped me settle in straight away. Thank goodness, because I was so nervous the first day not knowing what to expect, I was shaking in my size 5 trainers. 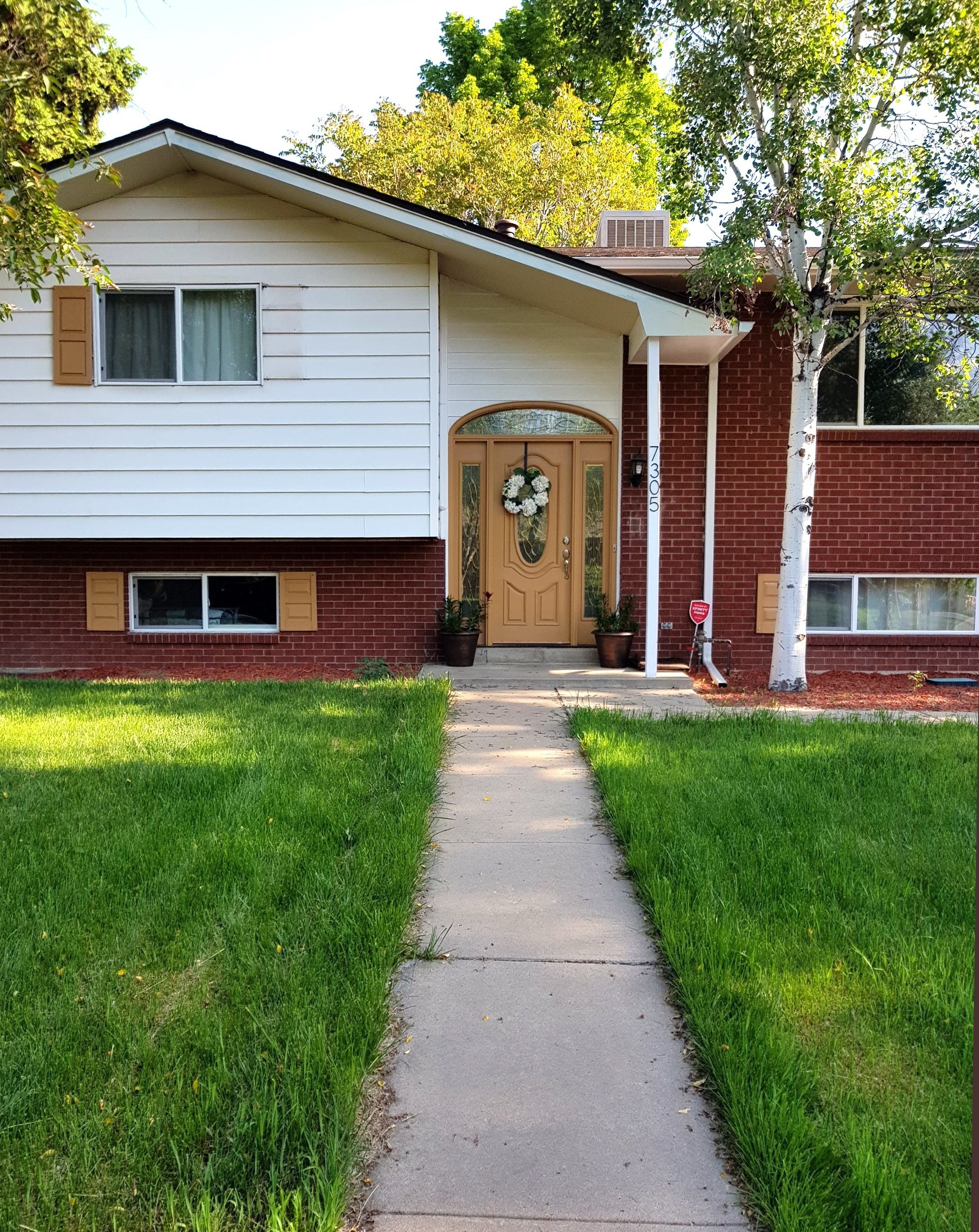 We were filming on location at this beautiful house in the ‘burbs of Denver.

You wouldn’t believe how much goes into filming a class and the work everyone puts in to achieve a slick production.

It was a three day shoot. Day one was really geared to getting me used to the camera and filming the shorts, taking stills, and filling me with a false sense of security etc, the hard graft kicked in on the following days (particularly for the film crew). 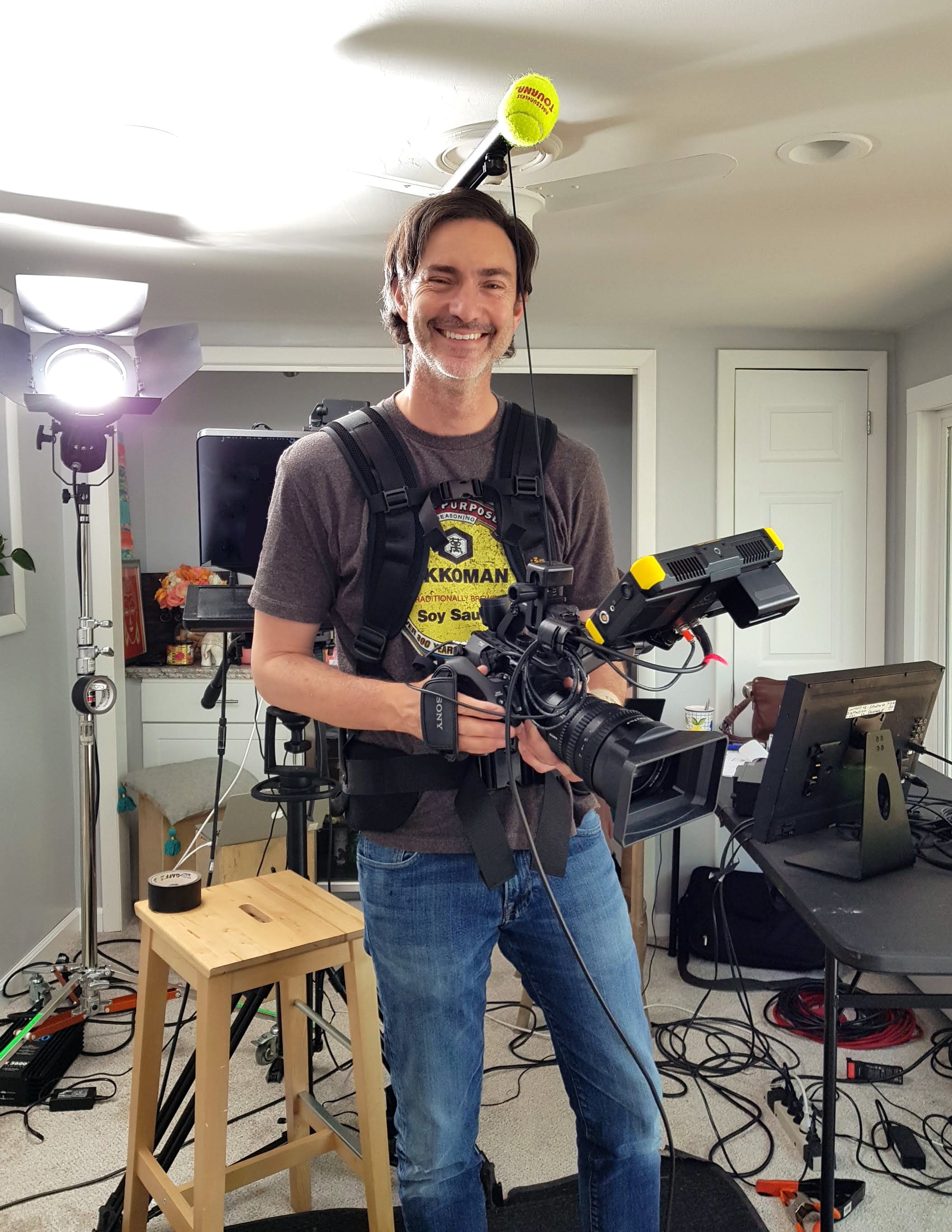 It was pretty hot by day two, we were filming in a sun room with numerous windows, and no air-con because of the noise it generated. I had to film in the same shirt for a couple of days for continuity so you can imagine how happy I was to finally change into a new top on day 3.

I suffered with a bit of altitude sickness on day 2, (Denver is such a dry place, you need to drink at least 4 litres of water a day not to suffer with it) so think I might look a bit shiny (sweaty bint) on camera half way thru. Hopefully it won’t be too obvious or someone will Photoshop the green out of my face a bit. 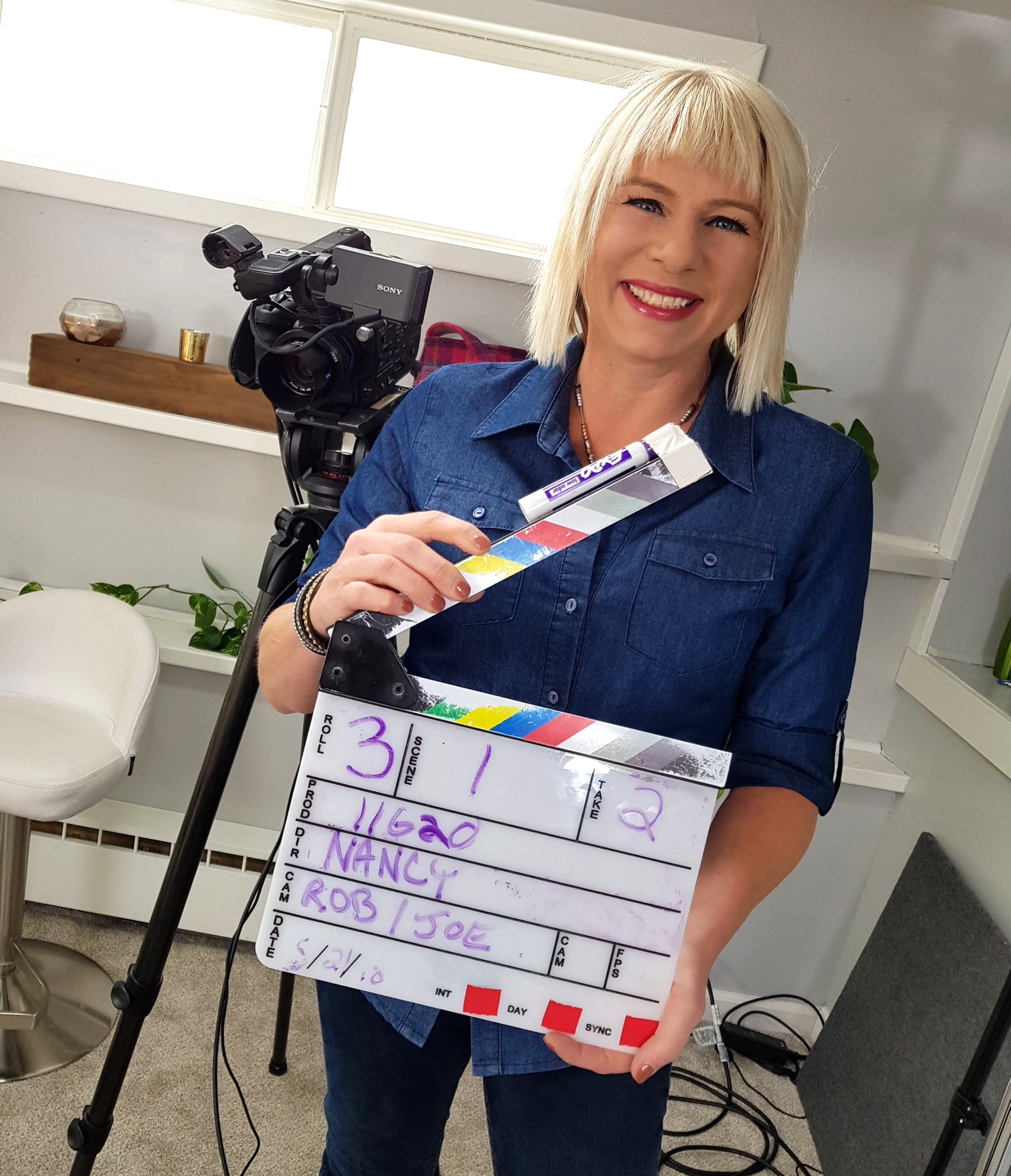 I was pleased to get home each night to unstick and wash off the gaffa tape down between the old boobs where I had been miked up all day. (And thank you Bob for uncoupling me every time I needed a comfort break!)

Think I have eaten my own body weight in food this week – huge American breakfasts at the hotel, and buffet lunches delivered to the set daily from every corner of the globe. 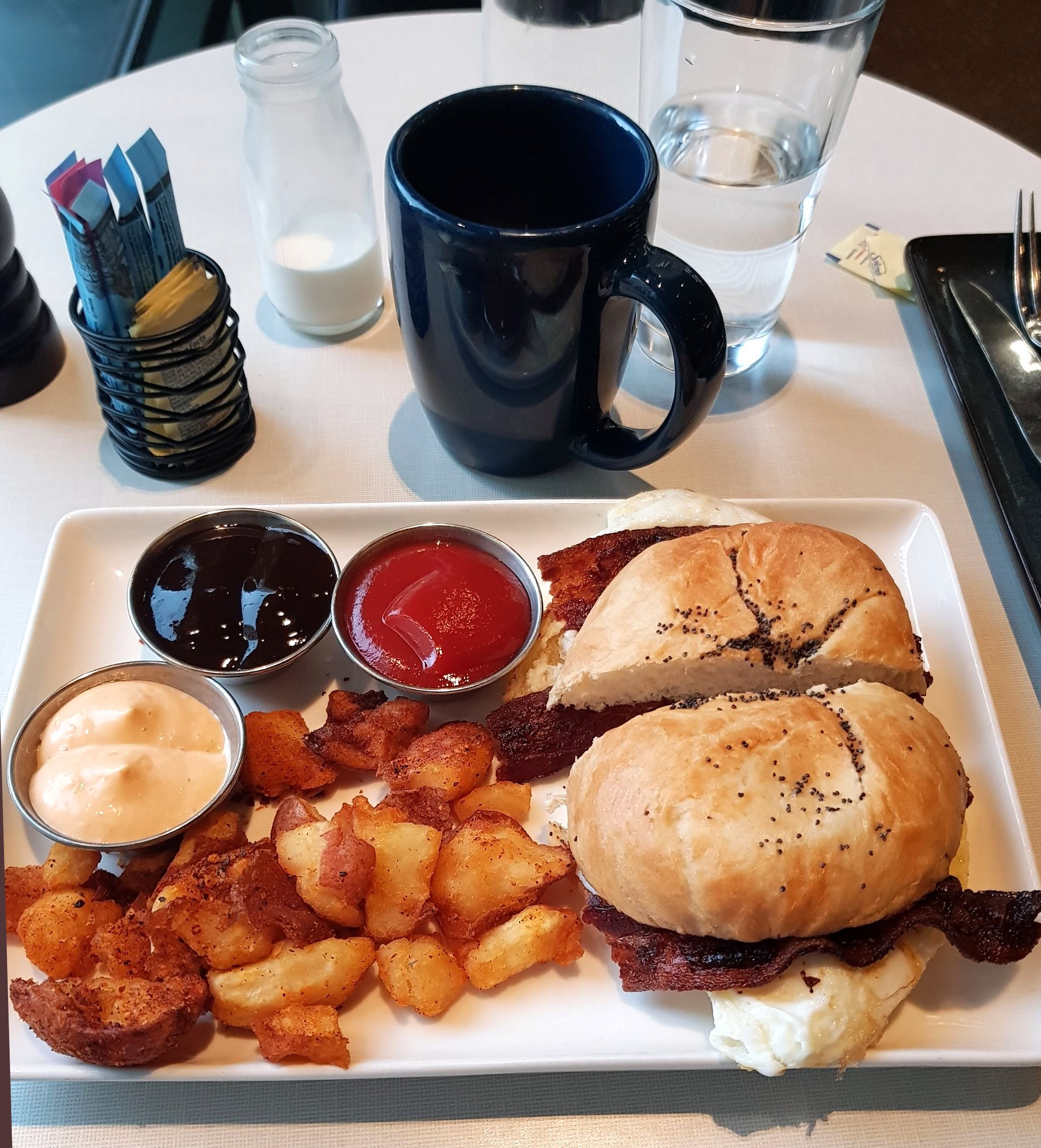 By the time I was dragging myself back to the hotel at night, it was all I could do to call into the 7/11 for my usual order of 2 litres of water, a boiled egg and yoghurt, and fall into bed. (One night I didn’t even eat the yoghurt!) 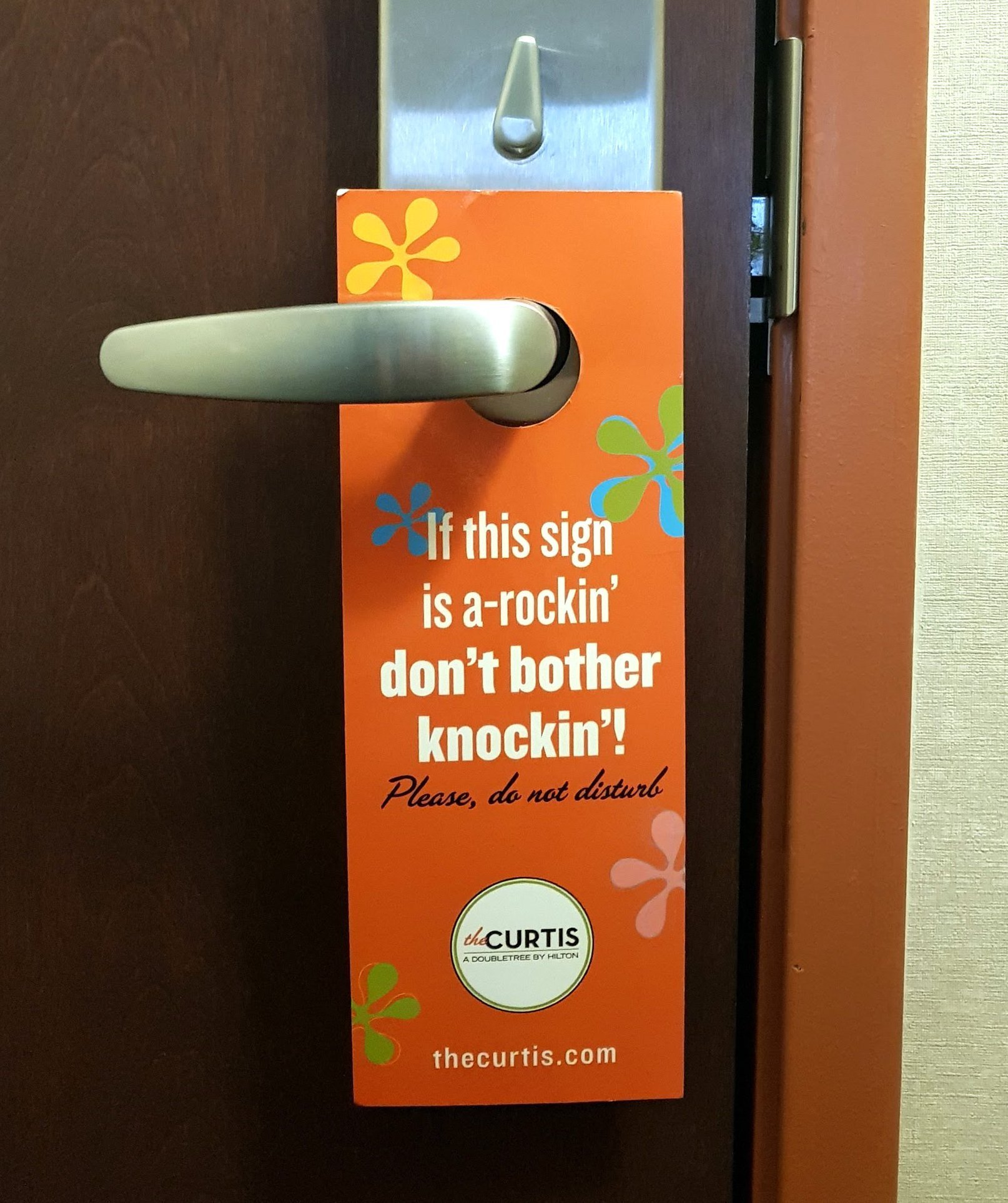 Interesting Do Not Disturb signs at this hotel

We filmed in living rooms, sun rooms and even out in the garden. Interesting to find how the film industry works, and it really isn’t as easy as just point and shoot! Everything is set up and covered in great detail, often with numerous takes (particularly when my ageing brain wouldn’t co-operate and I fluffed my lines!) There must be hours of film that now has to be edited down for the final product, it really is a huge job. 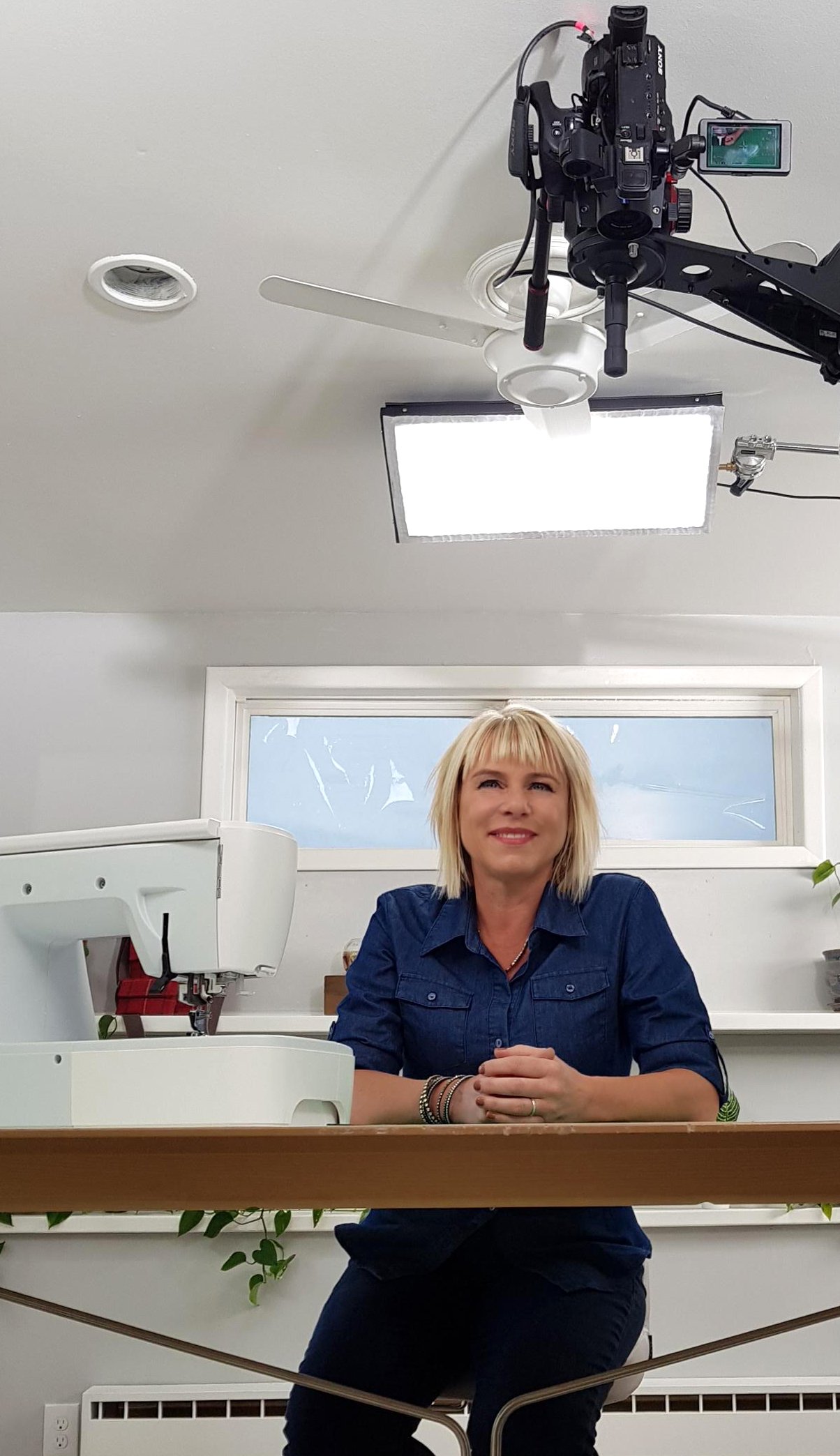 Luckily the sewing itself all went to plan, I hadn’t forgotten to bring a whole section of something with me, and manage not to swear or stitch over my finger at any point – though there were a couple of nasty pin incidents where I jabbed myself but couldn’t say anything as we were in the middle of shooting a scene – you might be able to spot the odd wince here and there!

It will be a couple of months before the class is ready to launch and I can’t wait to see how it turns out. – I made a point of not looking at any footage while we were filming so it will be a surprise to me too – hopefully my wrinkles will not show too much.

Thanks to my wonderful film crew Nancy, Rob, Joe, Josh, Danika and Bob, and everyone else who cycled in and out over the shoot, what a professional and fabulous team you are, and thank you for making my experience such a fantastic memorable adventure

So goodbye Denver, I hope to see you again soon. 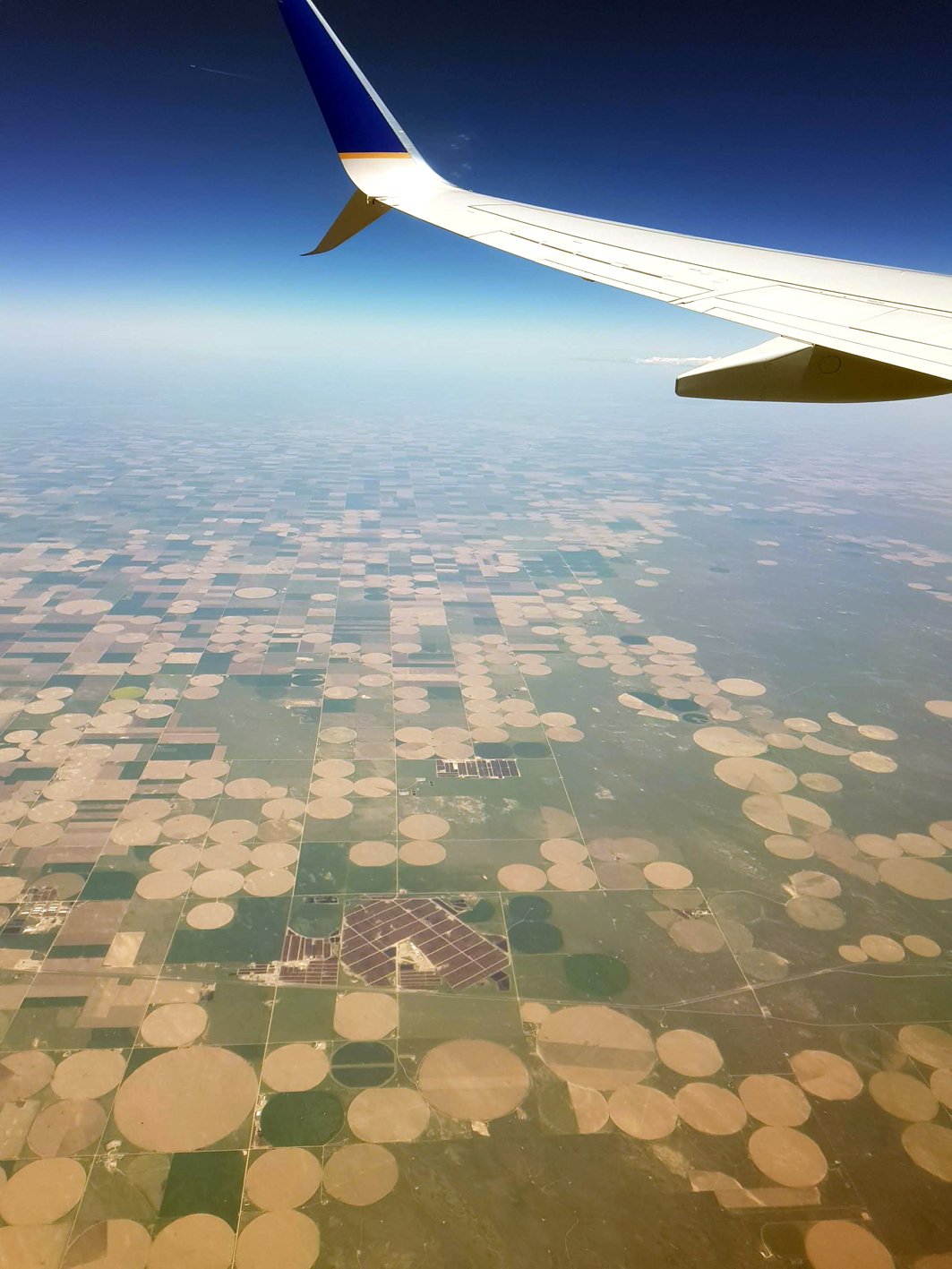 hmm, are these crop circles? There must be a lot of UFO’s around Colorado. 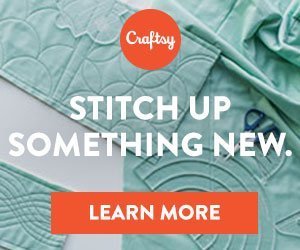